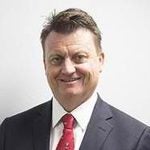 Stanley J. Bacinett is a native San Diegan, grew up in the Blossom Valley area of East County and attended Our Lady of Perpetual Help and El Capitan High School.

He went on to attend college at the University of California at Berkeley and is a dedicated Bears fan for life! After graduation, he attended law school at California Western School of Law on scholarship with academic honors. He received the highest marks in both legal skills and community property. His hard work granted him Dean's List for academic excellence, and awarded him an American Jurisprudence in Community Property.

Stan passed the bar on his first attempt and was sworn in as an attorney on June 9, 1995. His legal position was working for Friestad & Giles in downtown San Diego doing litigation, collections and family law. In 1998, he moved on to found The Bacinett Law Offices in La Mesa, California furthering his passion for family law. Since opening the doors at Bacinett Law Offices, Stan and his team have represented more than 10,000 different clients in the family law arena.

He has served as Settlement Conference Judge for the East County Court and the Central San Diego Superior Court, has been appointed by the Court as a Special Master to provide a neutral opinion to the Court on several matters, served several years on the Board of Directors for the Foothills Bar Association, and served as the 2011 President of the Bar Association.  Stan served a three year term as a director for the San Diego Family Law Bar 2016-2018.  Stan has co-chaired the Winter 2016, Summer 2017,  Winter 2017 Seminars, Summer 2018 and Winter 2018 Seminars.

Stan has been happily married for more than 25 years to his wife, and they have two college age adults. The oldest graduated Cathedral Catholic with honors, graduated New York University with honors and is attending law school.  The youngest also graduated Cathedral Catholic and is a business school student at the University of Colorado.   He and his family have a great love for travel, especially their trips to the Caribbean where the family can relax and spend quality time together away from it all!

Thank you for contacting us. We will get back to you shortly.

Please complete all required fields below.